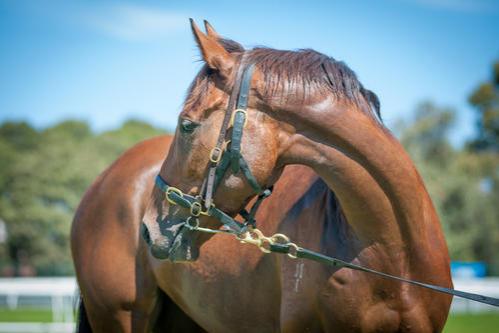 VRC Oaks winner Set Square (Reset-Dynastar, by Zeditave) will not resume in Saturday's Gr2 PB Lawrence Stakes (1400m) at Caulfield despite a pleasing trial performance at Cranbourne yesterday, reports racenet. Trainer Ciaron Maher said he was happy with the 4YO mare after she finished last in an 800m trial behind top sprinter Rich Enuff. "(I'm) pleased with that but she won't run Saturday, probably more likely the Memsie (Stakes)," Maher said. "I thought maybe if she came up a bit quicker I'd look at the Lawrence, but I'm thinking the Memsie (Stakes, Aug 29) or something around that time." He added: "I didn't want her doing too much on that heavy track. A gut buster would not be a help at this stage of the preparation." Maher said he is delighted with Set Square's condition and feels that she has made the necessary physical improvement to make the tough transition from fillies to mares grade in the spring. "I'm very happy with the way she has come up, she's furnished now which they have to if they are going to make the step from three to four-year-old," Maher said. "She's done it so hopefully she can do it on racetrack." The Gr1 Memsie Stakes (1400m) will be run at Caulfield on August 29.