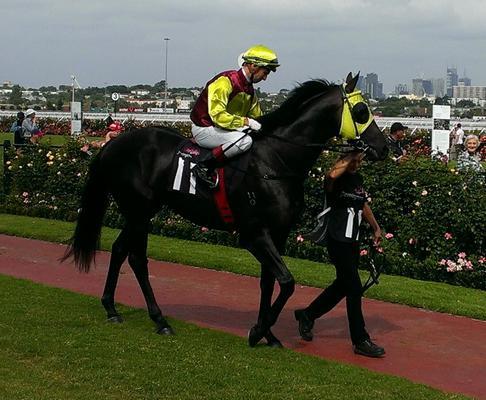 Late Charge returned to racing at Caulfield in the Autumn Stakes Gr2 for 3YO’s over 1400m and ran from the rear of the field to finish a close 3rd. On a day when the track played to the advantage of on pace runners he was one of the few horses on the card that made up ground from the rear running his last 600m in 33.81s. He blew out the last 100m and will gain significant improvement from the run. Vlad Duric confirmed that he was looking forward to hopping on him at his next outing the Australian Guineas Gr1 for 3YO’s over 1600m where his price has been slashed from 51/1 to 16/1 after Saturdays run.