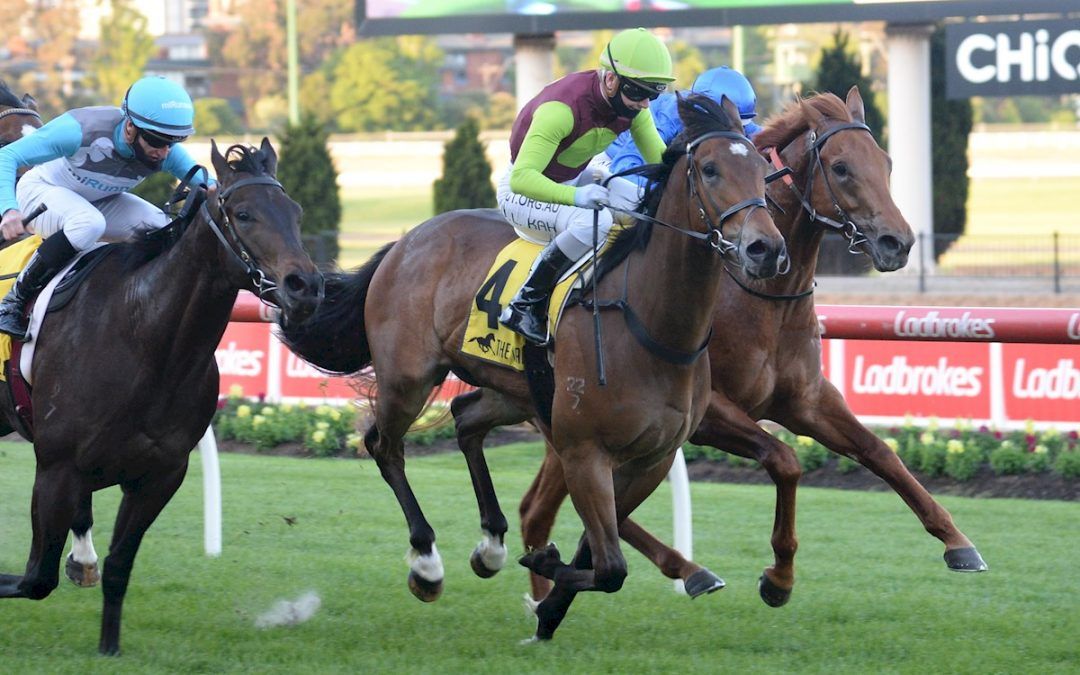 Ice Ice Baby scores his Maiden win at Moonee Valley in a Super Vobis contest over 1200m for the 3YO’s. The Wendy Kelly trained galloper showed promise at his 1st two outings running into the money twice but tonight at start number 3 he put it all together in to produce a tough effort to win after racing three wide without cover for the trip. Although wide for the journey Victoria’s leading jockey Jamie Kah had him travelling within himself and then let him stride coming to the corner where he went to the front and held of the challengers.  He’s still a raw talent with plenty to learn so looks to have good upside. Ken King spotted him at the William Inglis Weanling sales liked what he saw and snapped him a bargain price. The team at Ken’s Euroa based Stud then grew him out into a lovely yearling.