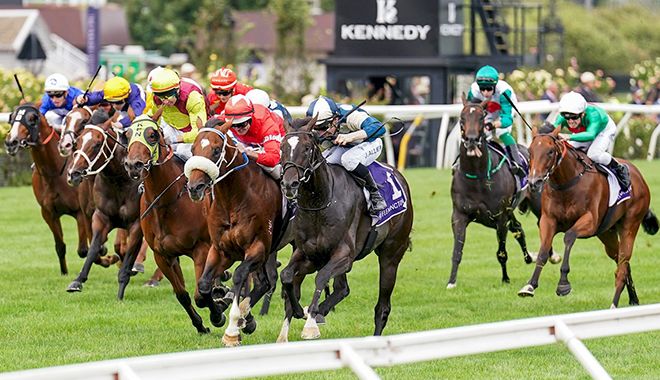 BONS A PEARLA proved she was amongst the best 3YO’s in the country today with a come from behind 3rd placing in the G1 Australian Guineas today at Flemington over 1600m. She was the only filly in the field which some say was one of the best Guineas in recent times and demonstrated she had the measure of many of the big name colts. She drew a wide gate and had to go back early and gave the field a 8L start at the top of the straight. She launched and hit the front at the 200m mark but was overhauled by two smart colts that both had suck runs late. Her sectionals were outstanding and many were best for the race including fasted last 1400m, 1200m, 1000m and 800m. After winning the Thousand Guineas G2 Prelude in the Spring todays G1 placing against the boys has further enhanced her value in the breeding barn. Outstanding trainer effort from Kevin Corstens and his team who presented her brilliantly in the mounting yard and a big thankyou to jockey Brett Prebble who gave her every chance from a sticky gate. We are very proud at Ken King Thoroughbreds and our team to have bred another G1 performed horse.