Gibbon Gets Bob In 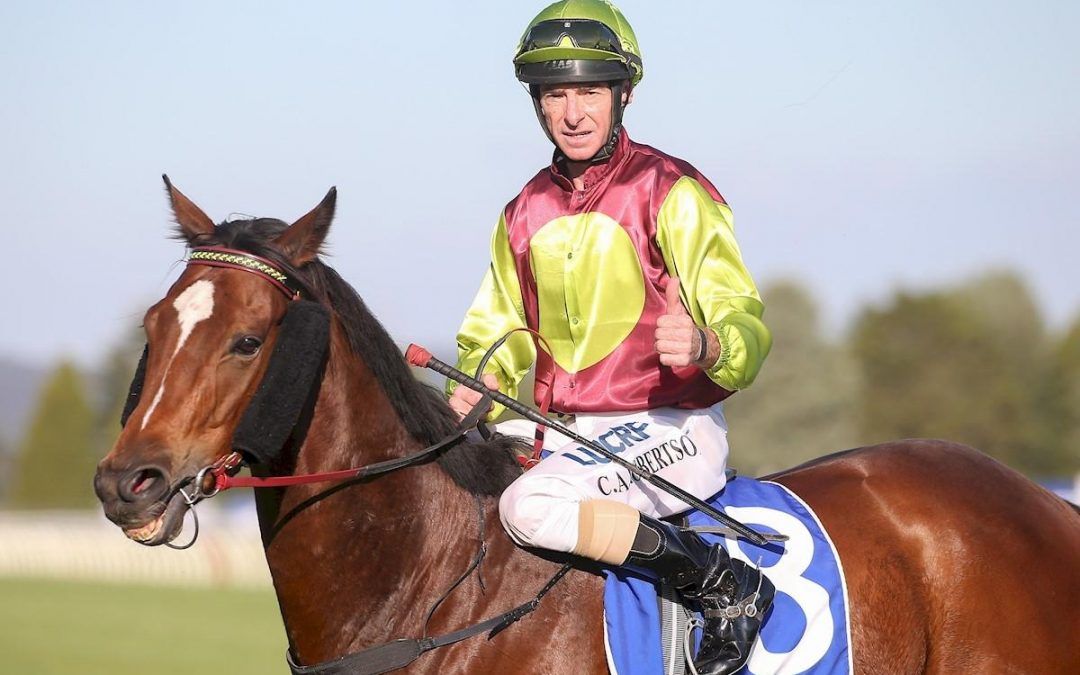 The Wendy Kelly trained Gibbon came from last to first in a sweeping run against track bias to claim victory at Ballarat today in BM84 over 1000m. He drew a sticky inside gate which does not suit his racing pattern but jockey Craig Robertson eased him out of early speed battle to settle last in the early stages of the race then brought him wide coming to turn and swept to the front in the closing stages of the race. That was the horse’s 5th career win. He is the older half brother of Monkey Magic who just missed out at Cranbourne on Friday night but shares similar ownership so great tonic for everyone. Ken King bred.