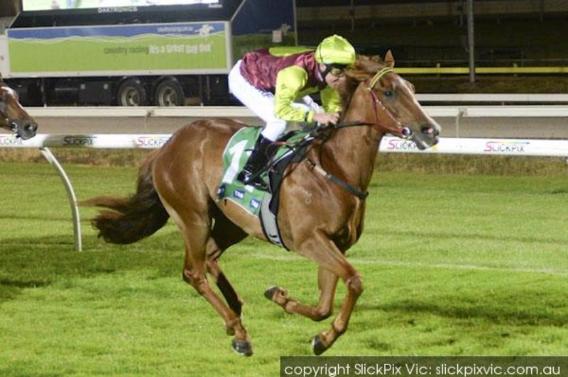 The well named 3YO BON ROCKET (son of BON HOFFA) smashed a handy field at Cranbourne tonight to win his 2nd race in succession, a R64 Showcase over 1200m. Coming from well back he burst on the scene half way up the straight to win running away from his rivals. Looks to have a bright future *Ken King bred