G2 SUCCESS TO BONS A PEARLA AT CAULFIELD 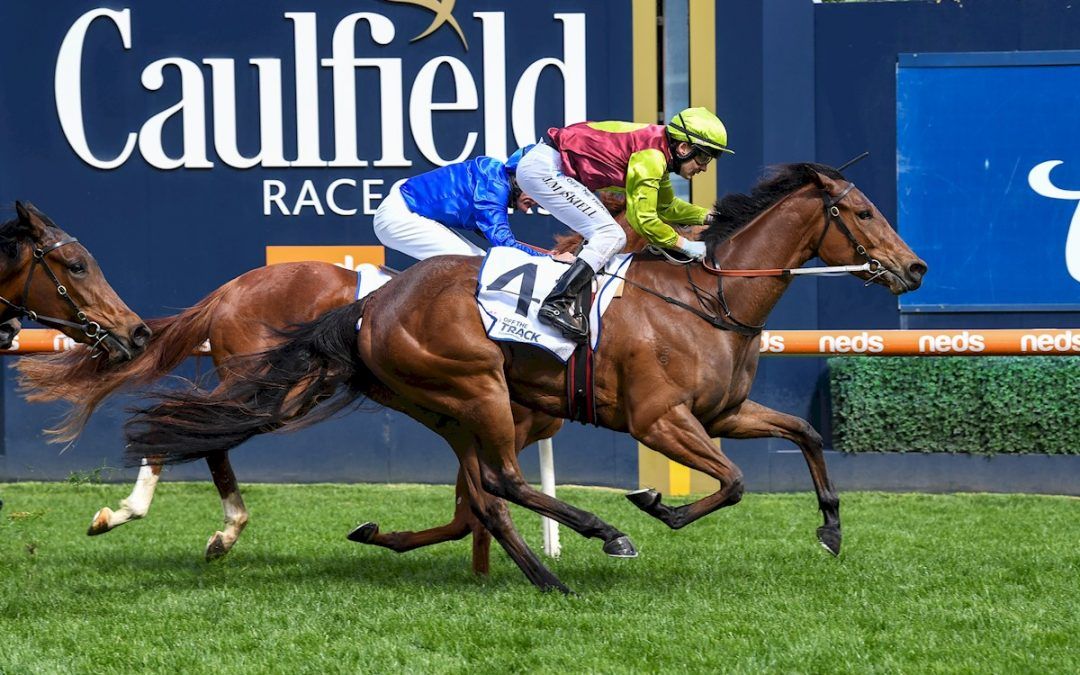 Bons A Pearla wins G2 Thousand Guineas Prelude Fillies over 1400m at Caulfield today. Sent out at the silly odds of $34 the good judges gave her little chance except the great Simon Marshall good tipping by him.  Being the only winner over 1400m in the field she was the only filly that had proved herself at the trip. She jumped well from gates and jockey Jason Maskeill had her sitting midfield in the run. He stalked the favorite and followed it into the straight, hit a flat spot as they straightened but then balanced up to launch late in best closing sectionals to overhaul her rivals. It was a very cool ride, a ride of a jockey who had plenty of confidence in his mount. Her time was better than the time set by the colts in their Prelude. Trainer Kevin Corstens was also very confident leading into the race and must get plenty of kudos  for getting the lightly raced filly to win a G2 at her 4th start in her 1st racing preparation. Well done to his team and hard working staff. Rupert Clarke Day has been  a great day for us, it started in 2007 when Bon Hoffa won that G1 his son Bon Aurum then won the Caulfield Guineas Prelude in 2015 and followed up the following year to win the G1 in 2016. Now one of Bon Hoffa’s daughters gets the job done in the G2 for Fillies, it’s starting to feel like a pretty good legacy. Another Ken King bred stakes winner