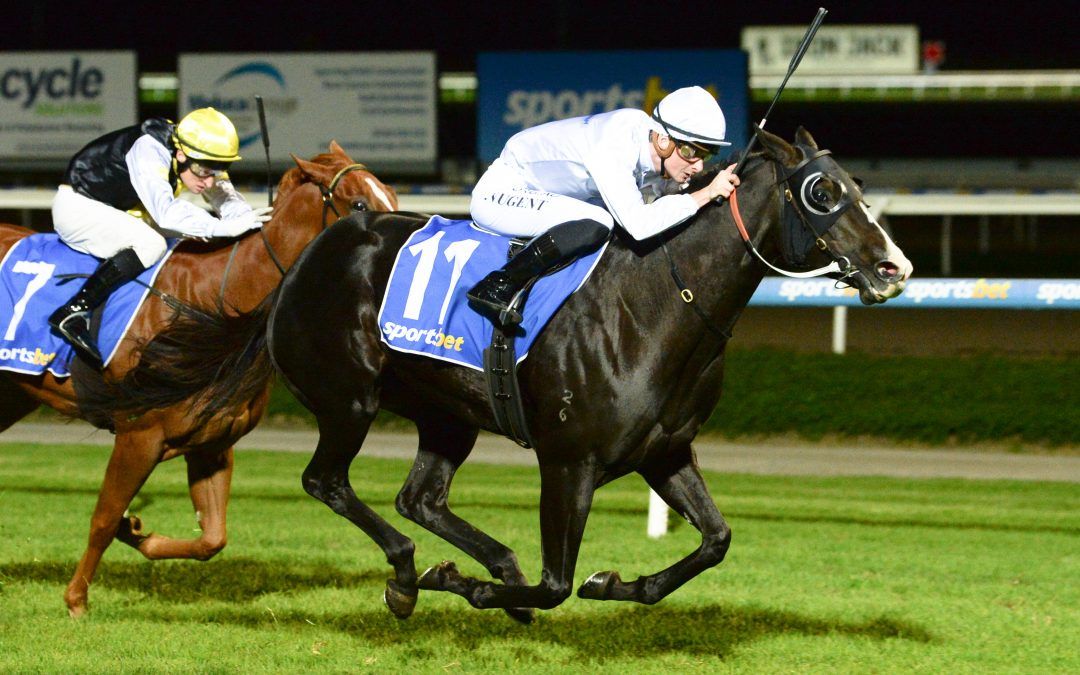 We were not too pleased when we saw the mare rock up into the mounting yard at Pakenham in the Club colours instead of our famous G1 winning maroon and lime green set but that quickly faded when she bounced to the lead and prevailed in a strong front running performance. All credit to jockey Teo Nuggent who threw the race plan out the window when she flew the gates and landed a clear margin in front. He decided to take up the running control the tempo of the race to draw away on the line by a clear margin after a short challenge in the straight. The mare has a clear liking for the 1400m at Pakenham with both her wins coming from track and distance. Even though the 4yo mare has only two wins from her 16 career starts she’s amassed over $100k in prizemoney which is a testament to her consistency of effort. Thanks to the Kevin Corsten team for getting her back into winning form after 133 days without saluting. Another Ken King bred winner