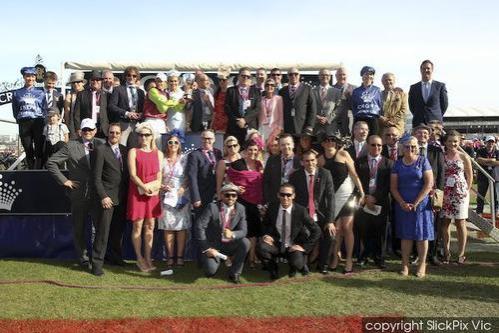 Trainer Ciaron Maher has confirmed the Caulfield Cup (2400m) on 17 October as the primary spring target for VRC Oaks winner Set Square, reports Racing.com. "She's done her pre-training; a bit over four weeks down at Warrnambool on the beach," Maher told RSN radio yesterday. "She comes back to Melbourne this week and she's going to be on a Caulfield Cup campaign." He added: "That'll be a target for her and beyond that we'll see how we go." Maher is excited about the spring prospects of Set Square (Reset-Dynastar, by Zeditave) with the rising 4YO having made good made physical improvement from her 3YO campaign. "She's developed a bit from her three-year-old campaign," Maher said. "She's a real natural stayer and she's qualified for all those races so I'm really looking forward to getting her back to the stables." Set Square has won 3 of her 7 starts hitherto for earnings of $766,900.