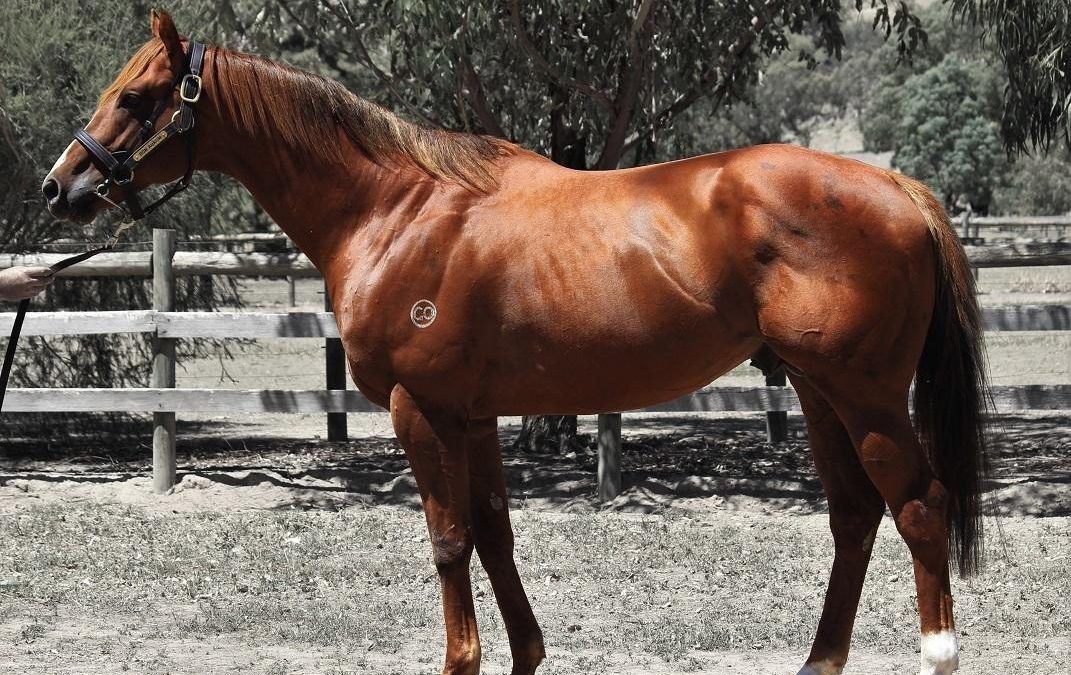 “A wonderful addition to the Riverbank roster” is how Dr Caroline Duddy describes the Group One galloper Bon Aurum who takes residence at the Benalla stud this spring; standing alongside Redente, Boulder City, Von Costa de Hero, Skilled, Wayed Zain and Anacheeva.

“We are very excited to welcome him to Riverbank,” Dr Duddy continued, adding that “as a Group One son of the popular and consistent Bon Hoffa he offers exceptional value with the added bonus of having vet fees included if your mare stays with us.”

Remaining at the $5,500 fee he stood for during his debut season last spring, Bon Aurum served a quality book of mares including the stakes winners Hello Pamela and Tango Amigo’s, the dams of stakes winners Bons Away and Riziz as well as daughters of More Than Ready, Flying Spur, Commands, Red Ransom, Grand Lodge, Magnus, Bernardini, Rubiton, Hussonet, Street Sense and Lonhro.

Described by trainer Ciaron Maher as “a tough horse, an exceptional athlete and a beautiful type,” Bon Aurum was bred and raced by Ken King who also raced Bon Hoffa who he said “has been a great stallion for owner breeders.”

“And we are confident that his Group One winning son can emulate and even better his deeds.”

The striking Bon Aurum is one of 151 winners sired by the popular Bon Hoffa, nine times winning reliable stallion whose progeny rarely go a week without a win – his sons and daughters this season winning 65 races.

A son of the highly successful Danzig stallion Belong To Me (72 stakes winners including ten Group One winners), Bon Hoffa boasts progeny earnings in excess of $12.2 million and is also sire of the tough stakes winners Bons Away and Deiheros.

Other impressive runners for Bon Hoffa include the exciting last start Country Championship winner Noble Boy (winner of six of his first seven starts), the in-form sprinter Bon Amis (winner of seven of his 15 starts including three of his last four) and the recent Adelaide Magic Millions 2Y0 Classic winner Done By Me.

Not taking long to strike form, the good looking chestnut at just his second start raced at two raced away with a Geelong maiden. Rising quickly in class, he was in the placings at Flemington and Sandown before taking out the Listed Exford Plate at Flemington.

A Group Three Caulfield Guineas Prelude win was next for Bon Aurum who was caught wide from an outside gate in the Group One Caulfield Guineas won by Press Statement. Not having much go right during a short autumn campaign, he was nevertheless soon into form in the 2016 spring, second up claiming the Listed Tontonan Stakes before his Sir Rupert Clarke success over Voodoo Lad.